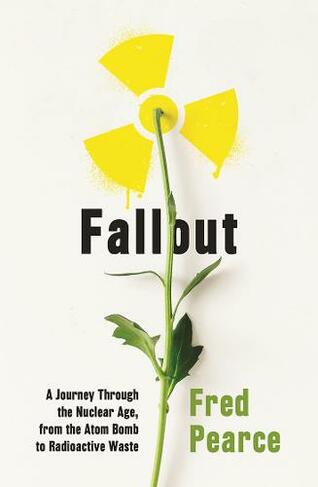 Fallout A Journey Through the Nuclear Age, From the Atom Bomb to Radioactive Waste

At a moment when a new generation of power stations and weapons are being developed, Fallout is a measured and fascinating exploration of our most misunderstood energy source and asks: what can we learn from our past mistakes, and what role should nuclear play in our future? Hiroshima. Bikini Atoll. Windscale. Chernobyl. Fukushima. These names no longer denote a place, but a disaster. In a few syllables, they evoke the heights of human ingenuity clashing with the worst of human error. Individually, each place has its own sobering story to tell; together, they form a timeline of the nuclear age. In this compelling and deeply researched book, Fred Pearce investigates the greatest nuclear incidents and accidents of the past 80 years by visiting their now iconic landscapes. He tours former power stations and abandoned testing sites in the company of scientists and engineers; and in toxic wastelands, where radioactive wolves now stalk the streets , he witnesses the surprising resilience of nature. As well as the radiological legacy, Pearce also considers the psychological impact of these disasters. Amid rumours of state cover-ups, corporate deception, and hushed-up medical epidemics, Pearce expertly weighs the evidence on either side of the argument to disentangle the facts from the fear and reveal the truth about radiation.

Fred Pearce is an award-winning journalist and author, reporting from 87 countries. He has been the environmental consultant of New Scientist magazine since 1992, a regular broadcaster and contributor to the Guardian, Washington Post and others. He has written fourteen books on environmental and development issues, translated into 24 languages.