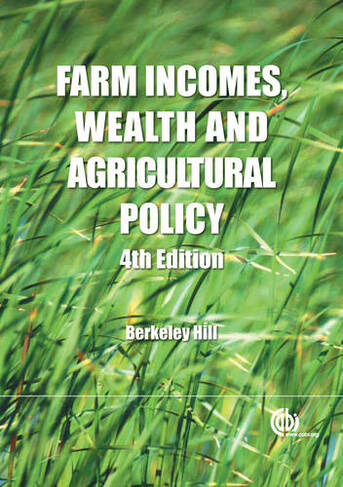 By Berkeley Hill (Author)
Hardback
https://www.whsmith.co.uk/products/farm-incomes-wealth-and-agricultural-policy-filling-the-caps-core-information-gap-4th-edition/berkeley-hill/hardback/9781845938475-01-000.html £103.58 rrp £110.20 Save £6.62 (6%)
GBP
Availability
Currently unavailable. We don't know when or if this item will be back in stock
Share

The Common Agricultural Policy (CAP) has been supporting the incomes of the European Union's agricultural community for half a century. Despite this, there is still no official system in place to track the economic wellbeing of farmers and their families. This book examines the evidence on the overall wealth of farming households, and concludes that in nearly all member states, they are not generally a poor sector of society, with disposable incomes that are similar to, or exceed, the national average. In this updated edition, the author discusses the latest evidence, makes recommendations for gathering better information, and considers the implications for the CAP as we enter the second decade of the 21st century.