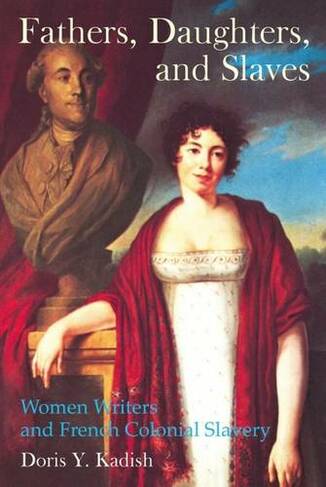 Fathers, Daughters, and Slaves brings to life the unique contribution by French women during the early nineteenth century, a key period in the history of colonialism and slavery. The book enriches our understanding of French and Atlantic history in the revolutionary and postrevolutionary years when Haiti was menaced with the re-establishment of slavery and when class, race, and gender identities were being renegotiated. It offers in-depth readings of works by Germaine de Stael, Claire de Duras, and Marceline Desbordes-Valmore. In addition to these now canonical French authors, it calls attention to the lives and works of two lesser-known but important figures-Charlotte Dard and Sophie Doin. Approaching these five women through the prism of paternal authority, Fathers, Daughters, and Slaves explores the empathy that daughters show toward blacks as well as their resistance against the oppression exercised by male colonists and other authority figures. The works by these French women antislavery writers bear significant similarities, which the book explores, with twentieth and twenty-first century Francophone texts. These women's contributions allow us to move beyond the traditional boundaries of exclusively male accounts by missionaries, explorers, functionaries, and military or political figures. They remind us of the imperative for ever-renewed gender research in the colonial archive and the need to expand conceptions of French women's writing in the nineteenth century as being a small minority corpus. Fathers, Daughters, and Slaves contributes to an understanding of colonial fiction, Caribbean writing, romanticism, and feminism. It undercuts neat distinctions between the cultures of France and its colonies and between nineteenth and twentieth-century Francophone writing.