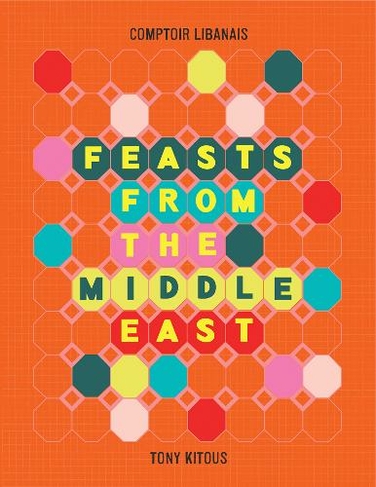 Feasts From the Middle East

A celebration of authentic Middle Eastern food, Feasts from the Middle East is packed with over 100 deliciously fresh, fragrant and flavourful dishes, inspired by the souks of Lebanon. Whether you're after breakfast with a twist, a quick-fix lunch, or a sumptuous spread fit for a gathering of your loved ones, this gorgeous cookery book, featuring vibrant food photography throughout, is packed with recipes you can easily make, eat and share in your own kitchen, lovingly created by Tony Kitous, founder of the Comptoir Libanais restaurants, and the Comptoir chefs. Recipes include: * Aubergine shakshuka * Spiced fried squid with harissa sauce * Slow-cooked shoulder of lamb * Chicken and chickpea stew * Fried red mullet with crisp bread and tahina * Stuffed peppers * Semolina, almond and orange blossom honey cake * Fig, halloumi and pistachio tart

Tony Kitous arrived in London for the first time on August 6, 1988, aged 18. The self-styled Algerian "street boy" had just GBP70 in his pocket and was meant to be on holiday with a school friend, but instead, he spent his first night in Victoria coach station, and lived off chocolate for the for the first fortnight. More than 29 years later, the owner of the Comptoir Libanais canteen and delicatessen chain has 24 branches in London and across the UK, and employs 1,000 staff. They are part of a restaurant empire that encompasses three Shawa - Lebanese grill outlets, as well as Levant on Wigmore Street and Kenza in the city of London.