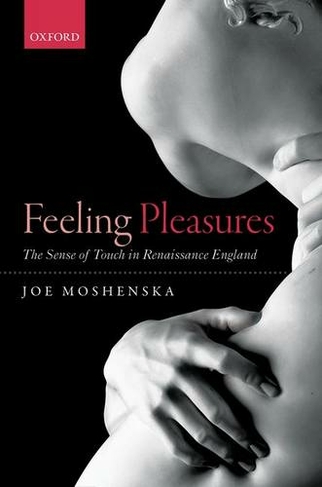 Feeling Pleasures The Sense of Touch in Renaissance England

The sense of touch had a deeply uncertain status in the sixteenth and seventeenth centuries. It had long been seen as the most certain and reliable of the senses, and also as biologically necessary: each of the other senses could be relinquished, but to lose touch was to lose life itself. Alternatively, touch was seen as dangerously bodily, and too fully involved in sensual and sexual pleasures, to be of true worth. Feeling Pleasures argues that this tension came to the fore during the English Renaissance, and allowed some of the central debates of this period-surrounding the nature of human experience, of the material world, and of the relationship between the human and the divine-to proceed through discussions of touch. It also argues that the unstable status of touch was of particular import to the poetry of this period. By bringing touch to the fore in a period usually associated with the dominance of vision and optics, Joe Moshenska offers reconsiderations of major English poets, especially Edmund Spenser and John Milton, while exploring a range of spheres in which touch assumed new significance. These include theological debates surrounding relics and the Eucharist in the work of Erasmus, Thomas Cranmer and Lancelot Andrewes; the philosophical history of tickling; the touching of paintings and sculptures in a European context; faith healing and experimental science; and the early reception of Chinese medicine in England. 15 black-and-white halftones

Joe Moshenska was educated at Sidney Sussex, Cambridge, and at Princeton University, where he was initially the Eliza Jane Procter Visiting Fellow before receiving his PhD. He is now a Fellow and Lecturer in English at Trinity College, Cambridge, where he mostly teaches the literature and culture of Renaissance England.