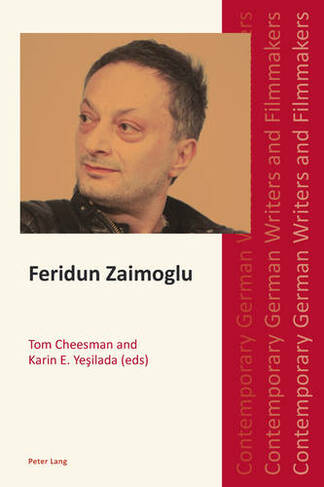 Feridun Zaimoglu made a spectacular entrance onto the German cultural scene in 1995 with Kanak Sprak: a volume of incendiary texts based on interviews with disaffected Turkish German youths, using an invented, stylized literary language, a hybrid of multiple varieties of German with a hip hop beat. A prolific and acclaimed novelist, dramatist, newspaper columnist, visual artist and live performer, Zaimoglu has remained in the public eye through controversy and reinvention. His more recent work appropriates German literary traditions in radically new ways, adapting Romantic styles, narrative forms and motifs to postmodern conditions. This volume features the suppressed original first chapter of Leyla, Zaimoglu's critically and commercially most successful novel, first published in 2006, as well as an extensive interview with the author. Critical essays on his writing by major scholars in the field cover issues of gender, language and power, the politics of ethnicity, religion, Romanticism and anti-modernism, and the challenges of translating his work. This is the first volume of criticism in any language dedicated to Zaimoglu's literary work.

Tom Cheesman is a Reader in German at Swansea University. His books include Novels of Turkish German Settlement: Cosmopolite Fictions (2007) and the edited volumes Zafer Senocak (with Karin E. Yesilada, 2003) and German Text Crimes (forthcoming, 2013). Karin E. Yesilada has published widely on Turkish and other migrants as both producers and objects of representation in German literature, film, television and cabaret. Her Poesie der Dritten Sprache (2012) is the first book on the poetry of the second Turkish German generation.