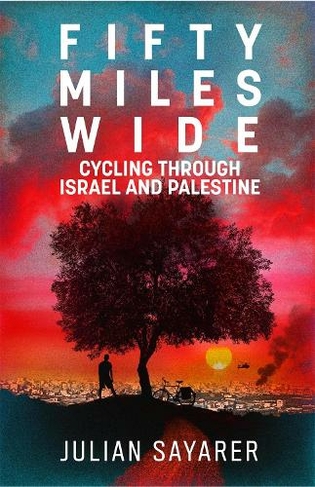 Ten years after breaking a world record for cycling around the world, award-winning travel writer Julian Sayarer returns to two wheels on the roads of Israel and occupied Palestine. His route weaves from the ancient hills of Galilee, along the blockaded walls of the Gaza Strip and down to the Bedouin villages of the Naqab Desert. He speaks with Palestinian hip-hop artists who wonder if music can change their world, Israelis hoping that kibbutz life can, and Palestinian cycling clubs determined to keep on riding despite the army checkpoints and settlers that bar their way. Pedalling through a military occupation, in the chance encounters of the roadside, a bicycle becomes a vehicle of more than just travel, and cuts through the tension to find a few simple truths, and some hope. As the miles pass, the journey becomes a meditation on making change - how people in dark times keep their spirit, and go on believing that a different world is possible.

Julian Sayarer is an author, journalist, and is often called an adventurer. He has cycled six times across Europe, and in 2009 broke the 18,000-mile world record for a circumnavigation by bicycle. He has spent three years working as a cycle courier on the streets of London, hitchhiked from New York to San Francisco, and worked on books and documentary projects along the way. A politics graduate, Julian's writing has appeared in the London Review of Books, New Statesman, Aeon Magazine, and many others, including a host of cycling publications. He writes slow travel, his writing from the roadside a 12mph view of the world in passing.