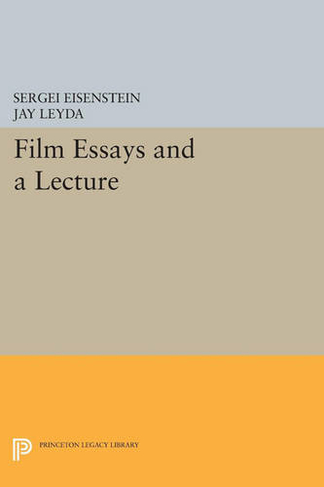 Sergei Eisenstein's greatness lies not only in his films, such as Potemkin or Ivan the Terrible, or his contributions to the technique and art of the cinema but also in his contributions as a theoretician and philosopher of the art. This edition includes a new translation of Eisenstein's essay on Orozco. Originally published in 1982. The Princeton Legacy Library uses the latest print-on-demand technology to again make available previously out-of-print books from the distinguished backlist of Princeton University Press. These editions preserve the original texts of these important books while presenting them in durable paperback and hardcover editions. The goal of the Princeton Legacy Library is to vastly increase access to the rich scholarly heritage found in the thousands of books published by Princeton University Press since its founding in 1905.