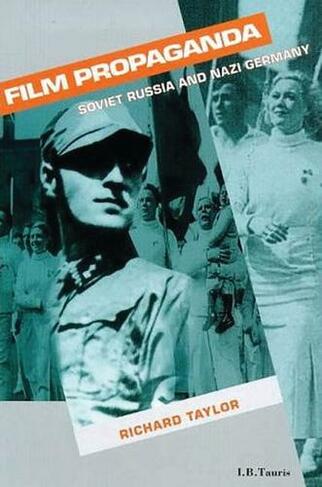 Lenin, Stalin, Trotsky, Hitler and Goebbels all regarded cinema as their most important weapon for mass political propaganda. This revised and expanded edition of "Film Propaganda" examines the ways in which cinema was used for political purposes by two of the most highly politicised societies in twentieth-century European history. "Film Propaganda" is still to date the only book in English to compare these two cinemas and examine both in depth. Richard Taylor demonstrates how cinema was brought under political control in each country and goes on to explore the themes and stereotypes projected by the feature films that were produced. In so doing, he highlights the means used by the authorities to condition and control the filmgoer as individual spectator and as member of a mass audience. This process is examined in greater depth in a series of detailed analyses of films selected for their particular political significance, including "October", "Alexander Nevsky", "Triumph of the Will", "The Wandering Jew" and, new to this edition, the 1949 Stalin cult film, "The Fall of Berlin". Also new to this edition are appendices with details of films viewed by Hitler and Goebbels, which were captured by the Red Army from Berlin 's ruins in 1945 and were considered by Stalin for release during the film famine years after the war. 40 b&w illustrations, bibliography

Richard Taylor is Emeritus Professor of Politics, Swansea University, Wales. His publications include The Eisenstein Reader, The Film Factory:Russian and Soviet Cinema in Documents,1896-1939,Inside the Film Factory and The Battleship Potemkin: The Film Companion (I.B.Tauris,2000). He is editor of the Sergei Eisenstein Selected Works series (British Film Institute)and of KINO: The Russian Cinema Series , published by I.B.Tauris.