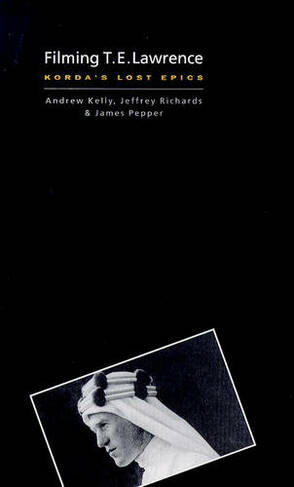 The 1962 Speigel-Lean "Lawrence of Arabia" was an attempt to dramatize T.E. Lawrence's war adventures on screen. Three decades earlier Alexander Korda had tried, over five years, to film Lawrence's life. The story of his attempt is the basis for this book, which provides a portrayal of the workings of British film censorship in the 1930s, highlighting the ability of foreign governments to influence British politicians and film makers. This book tells how initial opposition came from Lawrence himself, and how after his death in 1935 Korda faced resistance from the British Foreign Office and the government of Turkey, the country cast as a villain in the depiction of Lawrence's part in the Arab revolt. 8pp b&w illustrations, index

JEFFREY RICHARDS is Professor of Cultural History at Lancaster University, UK, and has published widely on different aspects of Victorian culture. His most recent publications include Imperialism and Music, Sir Henry Irving: A Victorian Actor and his World and Hollywood's Ancient Worlds.