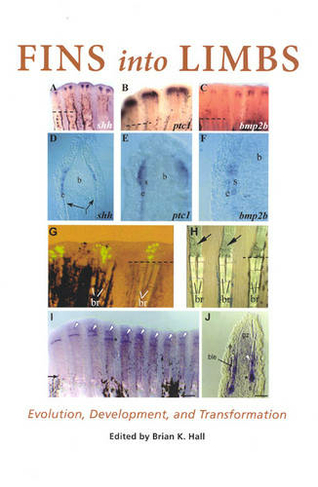 Long ago, fish fins evolved into the limbs of land vertebrates and tetrapods. During this transition, some elements of the fin were carried over while new features developed. Lizard limbs, bird wings, and human arms and legs are therefore all evolutionary modifications of the original tetrapod limb. A comprehensive look at the current state of research on fin and limb evolution and development, this volume addresses a wide range of subjects--including growth, structure, maintenance, function, and regeneration. Divided into sections on evolution, development, and transformations, the book begins with a historical introduction to the study of fins and limbs and goes on to consider the evolution of limbs into wings as well as adaptations associated with specialized modes of life, such as digging and burrowing. Fins into Limbs also discusses occasions when evolution appears to have been reversed--in whales, for example, whose front limbs became flippers when they reverted to the water--as well as situations in which limbs are lost, such as in snakes. With contributions from world-renowned researchers, Fins into Limbs will be a font for further investigations in the changing field of evolutionary developmental biology. 40 colour plates, 32 halftones, 138 line drawings, 6 tables