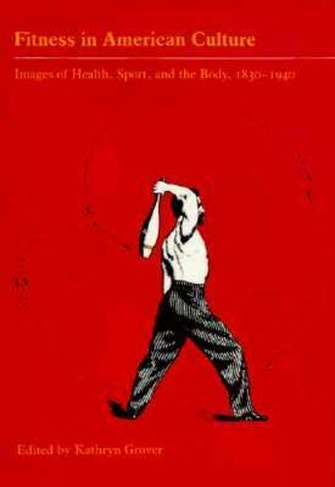 Focusing on the period from 1830 to 1940, this collection of essays by six historians explores American's fascination with health and sport, a preoccupation that continues even today in the current diet and fitness craze. In his introduction, Harvey Green discusses one of the major ironies of this period: that the ""progress"" and achievements Americans sought in the economic and technological spheres were in fact endangering their health and weakening the entire body politic. The rapid technological changes taking place in the world forced many people to alter fundamentally their thinking about the importance of health and physical fitness not just for themselves as individuals but also for the good of society. Donald Mrozek examines the emerging attitude that pleasure derives from a person's conscious sense of feeling good, contented and happy - an attitude that became an integral premise of 20th-century fitness. T.J.Jackson Lears explores how advertising reflected health concerns, arguing that as the public world became increasingly governed by institutions beyond individual control, the body became an important arena for self-expression. Michael Harris, in his discussion of iron as a symbol of vitality and strength, shows the importance of ideology and religion in shaping attitudes toward health. James Whorton traces the increasing specialization of foods, comparing this phenomenon to specialization in other areas of society. Roberta Park discusses the advent of organized physical activity as a means of achieving both a fitter individual body and a healthier, more felicitous world. In particular, she cites the emergence of football and the triumph of competitive sport over more individual pursuits such as calisthenics and gymnastics. 75 illustrations

Kathryn Grover is director of publications at the Margaret Woodbury Strong Museum.