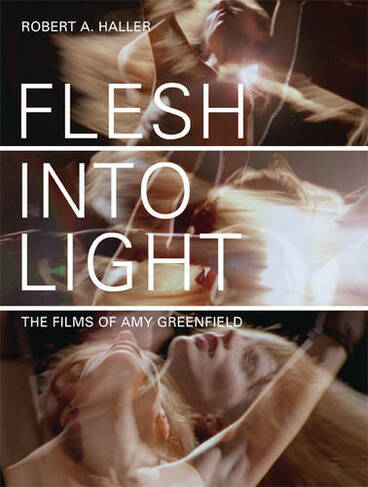 Flesh into Light: The Films of Amy Greenfield

Over her more than four-decade career, New York-based filmmaker, performer, and writer Amy Greenfield has achieved widespread critical acclaim for her genre-bending films which cross the boundaries of experimental film, video art, and multimedia performance--from her feature film, Antigone/Rites Of Passion, to her major new live multimedia work, Spirit in the Flesh. Exploring the dynamism of movement and the resilience of the human spirit, Greenfield creates a new visual and kinetic language of cinema. An innovative exploration of an artist whom Cineaste called "the most important practitioner of experimental film-dance," Flesh Into Light covers Greenfield's entire career and draws attention to the more than thirty films, holographic sculptures, and video installations of this important American artist.

Robert A. Haller is director of collections and special projects at the Anthology Film Archives in New York City and the author of Intersecting Images: The Cinema of Ed Emshwiller and Crossroads: Avant-Garde Film in Pittsburgh in the 1970s.