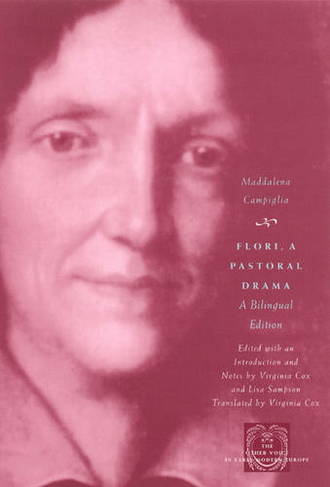 One of the first pastoral dramas published by an Italian woman, Flori is Maddalena Campiglia's most substantial surviving literary work and one of the earliest known examples of secular dramatic writing by a woman in Europe. Although acclaimed in her day, Campiglia (1553-95) has not benefited from the recent wave of scholarship that has done much to enhance the visibility and reputation of contemporaries such as Isabella Andreini, Moderata Fonte, and Veronica Franco. As this bilingual, first-ever critical edition of Flori illustrates, this neglect is decidedly unwarranted. Flori is a work of great literary and cultural interest, noteworthy in particular for the intensity of its focus on the experiences and perceptions of its female protagonists and their ideals of female autonomy. Flori will be read by those involved in the study of early modern literature and drama, women's studies, and gender and sexuality in this period.

Virginia Cox is professor of Italian at New York University. She is the author of The Renaissance Dialogue: Literary Dialogue in Its Social and Political Contexts and the editor and translator of Moderata Fonte's The Worth of Women, the latter published by the University of Chicago Press. Lisa Sampson is lecturer in Italian at the University of Reading and the author of the forthcoming book, Pastoral Drama in Early Modern Italy.