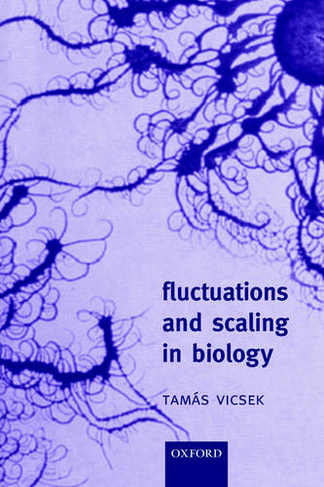 Fluctuations and Scaling in Biology

During the last decade the well- established tools of statistical physics have been successfully applied to an increasing number of biological phenomena. It is a fruitful approach to systems characterised by fluctuations and/or a large number of very similar units, and such systems are common in biology, whether it be the individuals in the codons of a genetic code or the behavioural responses of macromolecules to thermal fluctuations. This book is thus able to cover a wide range of phenomena, including fractal pattern formation, group motion in organisms from bacteria to humans, or the mechanisms by which fluctuations are rectified in the cell's molecular machinery. This book provides a summary of the majority of recent approaches and concepts born in the study of biological phenomena involving collective behaviour and random perturbation, as well as presenting some of the most important new results to specialist researchers. It is, particularly, a key text for all students of scaling and fluctuations in biology. numerous halftone and line illustrations