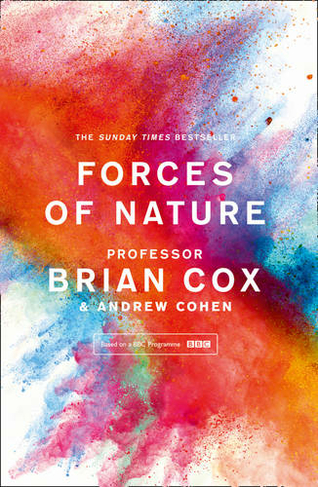 Sunday Times Bestseller How did life on Earth begin? What is the nature of space and time? What are the chances that we will discover life on other worlds? Think you know our planet? Think again. Forces of Nature takes you from the mid-Atlantic ridge in Iceland, the volcanoes of Indonesia and the precipitous cliffs in Nepal, to the manatees off the coast of Florida and the northern lights of the Arctic, in search of the fundamental laws that govern our world. These universal laws shape everything, from the structure of snowflakes to the elegant spirals of the galaxies. By seeking to understand the everyday world - the colours, structure, behaviour and history of our home - we can step beyond the everyday and approach the Universe beyond. (Includes a colour plate section), Index

Professor Brian Cox, OBE is a particle physicist, a Royal Society research fellow, and a professor at the University of Manchester as well as researcher on one of the most ambitious experiments on Earth, the ATLAS experiment on the Large Hadron Collider in Switzerland. He is best known to the public as a science broadcaster and presenter of the popular BBC Wonders trilogy. Andrew Cohen is Head of the BBC Science Unit and the Executive Producer of the BBC series Human Universe. He has been responsible for a wide range of science documentaries including Horizon, the Wonders trilogy and Stargazing Live. He lives in London with his wife and three children.