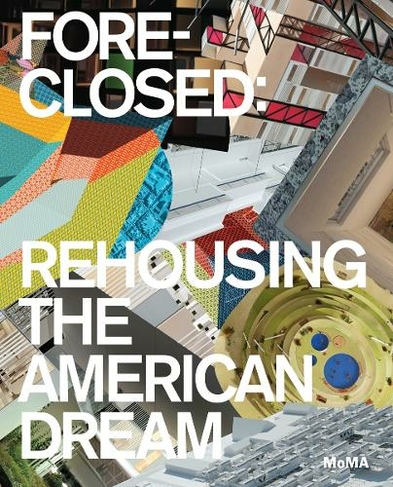 Foreclosed: Rehousing the American Dream is an exploration of new architectural possibilities for American cities and suburbs in the aftermath of the recent foreclosure crisis in the United States. During the summer of 2011, five interdisciplinary teams of architects, urban planners, ecologists, engineers, and landscape designers were enlisted by The Museum of Modern Art, New York, and MoMA PS1 to envision new housing infrastructures that could catalyze urban transformation, particularly in the country's suburbs. Drawing on ideas proposed in The Buell Hypothesis, a research publication by Temple Hoyne Buell Center for the Study of American Architecture at Columbia University, each team focused on a specific `mega region', a metropolitan area between two major cities, to come up with inventive solutions for the future of housing and cities, to be exhibited at MoMA in Spring 2012. This publication presents each of these proposals in detail, through photographs, drawings, and renderings as well as interviews with the team leaders. With essays by Barry Bergdoll, MoMA's Philip Johnson Chief Curator of Architecture and Design, and Reinhold Martin, Director of the Temple Hoyne Buell Center, Foreclosed examines the relationship between land, infrastructures, and urban form in today's cities and suburbs, and presents a potentially different future for housing in the United States. Illustrated in colour and black and white with diagrams and models