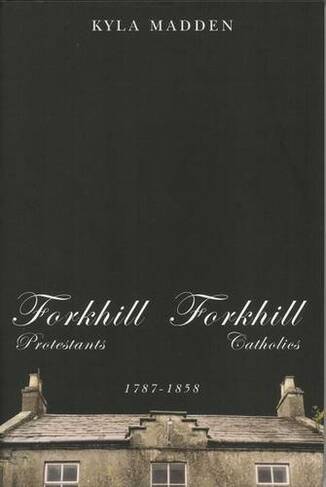 By Kyla Madden (Author)
Hardback
https://www.whsmith.co.uk/products/forkhill-protestants-and-forkhill-catholics-17871858/kyla-madden/hardback/9781846310157-01-000.html £80.00
GBP
Availability
Currently unavailable. We don't know when or if this item will be back in stock
With Free Saver Delivery
Details
FREE SHIPPING over £20 for Saver Delivery
Share

Winner of the 2005 Donald Murphy Prize of the American Conference of Irish Studies for Distinguished First Book. In the late eighteenth century, an influx of Protestant settlers to the mainly Catholic parish of Forkhill on the Ulster borderlands provoked clashes between natives and newcomers. None was more horrific than the brutal attack on a Protestant schoolmaster and his family in the winter of 1791. The conflict was immediately cast in sectarian terms, dispensing a prescription for more than two hundred years of ill-will. But was it a misdiagnosis? Forkhill Protestants and Forkhill Catholics explores the social history of the parish between 1787 and 1858. In a wide-ranging analysis, Kyla Madden demonstrates that there was a greater degree of cooperation and exchange between Catholics and Protestants than the historical record has acknowledged. Madden contends that since some of our widely held assumptions about the patterns of Irish history dissolve under scrutiny at the local level, they should be more cautiously applied on a larger scale.