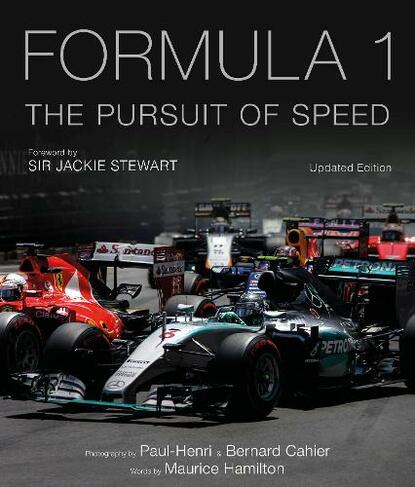 Formula One: The Pursuit of Speed: A Photographic Celebration of F1's Greatest Moments (Enriched Edition)

UPDATED EDITION With over 300 photographs - from the 1950s to the present day and many previously unpublished - this stunning book is the ultimate celebration of Formula One. This new updated version includes photographs from Rosberg's winning and retiring year. From the charismatic rivalries of Juan Manuel Fangio and Stirling Moss and the highly competitive Championship battles of Alain Prost and Ayrton Senna, through to the historic tales of Monaco's winding course and the atmospheric crowds of Monza, the adrenaline-fueled, high-octane world of Formula One has created some of the greatest moments in sporting history. Chronicling both the changing face of the teams and their cars, from Lotus and Cooper to Williams and Ferrari, and of course the legendary drivers who have pushed their machines and themselves to the limits, these incredible photographs are from the archive of Bernard Cahier and his son, Paul- Henri who have been trackside capturing the drama of the Formula One Championships since the 1950s. Brought to life by Formula One correspondent Maurice Hamilton, they tell the story behind the infamous circuits that have played host to intense rivalries which have produced moments of tragedy and triumph that read like a film script. 418 colour and b&w photos