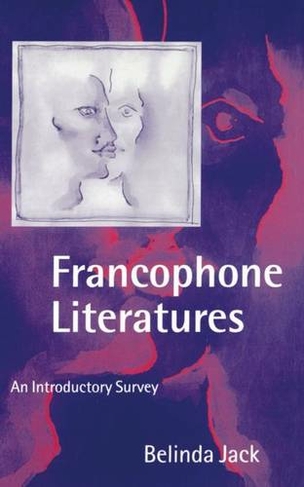 The canon of French literature has been the subject of much debate and now increasingly francophone literatures are demanding more attention in student French literature courses. The first study in English of francophone literatures, this book introduces the diverse bodies of texts in French from the numerous French-speaking areas around the world, with separate sections covering Africa, French Canada, the Creole Islands, and Europe, and will provide students at both undergraduate and 'A' level with a comprehensive introductory survey of the subject. Francophone literatures emerge from rich bi- and multi-lingual cultures in part as colonial legacies. They also challenge the monopoly of the French literary tradition. This introductory survey celebrates the linguistic difference of such texts and the creative possibilities offered by deviance from an established tradition, demanding new critical approaches. The texts studied here cast a new light upon French literature in terms of their diverse perspectives upon writing, history, politics, and culture, their violent rewritings, subversive versions and parodies sometimes forming an elaborate pastiche of celebrated French texts. Guides to further reading, a select bibliography, and an extensive index combine to make the book an extremely readable introductory overview of a hitherto little explored area.