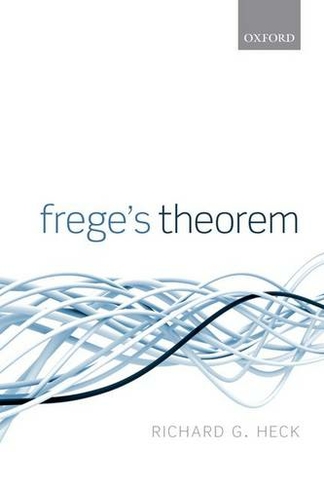 Frege's Theorem collects eleven essays by Richard G Heck, Jr, one of the world's leading authorities on Frege's philosophy. The Theorem is the central contribution of Gottlob Frege's formal work on arithmetic. It tells us that the axioms of arithmetic can be derived, purely logically, from a single principle: the number of these things is the same as the number of those things just in case these can be matched up one-to-one with those. But that principle seems so utterly fundamental to thought about number that it might almost count as a definition of number. If so, Frege's Theorem shows that arithmetic follows, purely logically, from a near definition. As Crispin Wright was the first to make clear, that means that Frege's logicism, long thought dead, might yet be viable. Heck probes the philosophical significance of the Theorem, using it to launch and then guide a wide-ranging exploration of historical, philosophical, and technical issues in the philosophy of mathematics and logic, and of their connections with metaphysics, epistemology, the philosophy of language and mind, and even developmental psychology. The book begins with an overview that introduces the Theorem and the issues surrounding it, and explores how the essays that follow contribute to our understanding of those issues. There are also new postscripts to five of the essays, which discuss changes of mind, respond to published criticisms, and advance the discussion yet further.

Richard G. Heck Jr is Romeo Elton Professor of Natural Theology at Brown University, where he has taught since 2005. He taught at Harvard University from 1991 to 2005 and was educated at the Massachusetts Institute of Technology, from which he received his PhD in 1991; at New College, Oxford (BPhil, 1987), where he was a Marshall Scholar; and at Duke University (BS, 1985). Professor Heck has worked on the philosophies of language, logic, mathematics, and mind, and isis one of the world's foremost experts on the philosophy of Gottlob Frege.