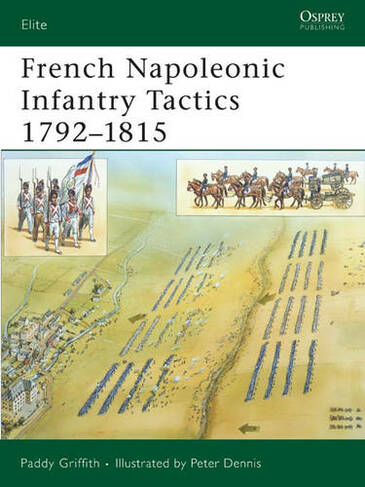 This book will provide a careful analysis of the preparation of the French troops from manual regulations to the training ground, as well a study of the changing quality of command and control within the army. Initially this ensured that the French infantry were virtually unstoppable and for several years they enjoyed blistering triumphs at Austerlitz and Jena. Paddy Griffiths explores the role of the French infantry at the apex of their powers and their role in these key battles. However, he also provides a detailed explanation of their eventual decline until their final defeat at Waterloo providing a critical overview of French Napoleonic Infantry tactics. Illustrations (some col.)

Paddy Griffith is a freelance military historian based in Manchester. His groundbreaking books on low-level tactics include Forward Into Battle (1981 and 1990), Battle Tactics of the Civil War (1986) and Battle Tactics of the Western Front (1994). He has also written extensively on wargames, and is currently active in the South Manchester Tactical Society and in the Battlefields Trust. The author lives in Manchester, England.