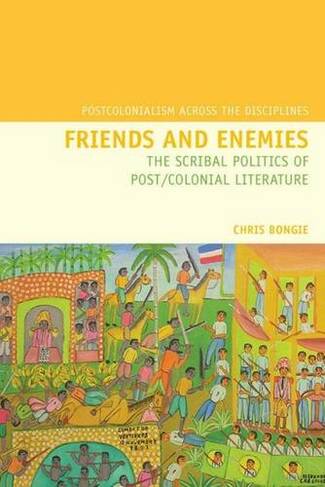 Friends and Enemies: The Scribal Politics of Post/Colonial Literature (Postcolonialism Across the Disciplines 3)

By Chris Bongie (Author)
Paperback
https://www.whsmith.co.uk/products/friends-and-enemies-the-scribal-politics-of-postcolonial-literature-3/chris-bongie/paperback/9781846311420-01-000.html £25.00
GBP
Availability
Currently unavailable. We don't know when or if this item will be back in stock
With Free Saver Delivery
Details
FREE SHIPPING over £20 for Saver Delivery
Share

In this timely contribution to debates about the future of postcolonial theory groundbreaking scholar Chris Bongie explores the troubled relationship between postcolonial theory and 'politics', both in the sense of a radical, revolutionary politics associated with anti-colonial struggle, and the almost inevitable implication of literary writers in institutional discourses of power. The book builds directly on Bongie's Islands and Exiles (Stanford UP, 1998), which was described by the eminent Caribbeanist Peter Hulme as a book that "may well be the greatest single contribution yet to expanding the field of postcolonial studies." Bongie explores the commemoration and commodification of the post/colonial using early nineteenth-century Caribbean texts alongside contemporary works. Taking Haiti as a key example he writes lucidly of the processes by which Haiti's world-historical revolution has been commemorated both in the colonial era and in our own postcolonial age-an age in which it is increasingly difficult to separate the reality of memories of anti-colonial resistance from the processes of commodification through which alone those memories can now be thought. Never less than stimulating and frequently controversial, Friends and Enemies is likely to provoke new debates among scholars of postcolonial theory, Caribbean studies, francophone literature and culture, and nineteenth century French studies.