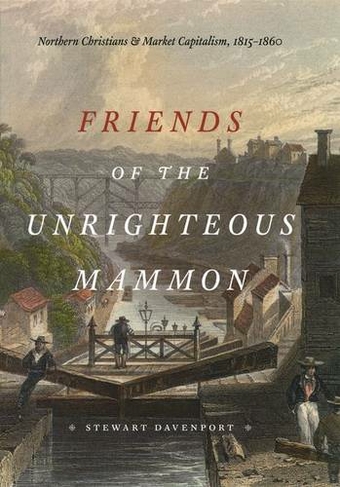 Friends of the Unrighteous Mammon Northern Christians and Market Capitalism, 1815-1860

What did Protestants in America think about capitalism when capitalism was first something to be thought about? The Bible told antebellum Christians that they could not serve both God and mammon, but in the midst of the market revolution most of them simultaneously held on to their faith while working furiously to make a place for themselves in a changing economic landscape. In "Friends of the Unrighteous Mammon", Stewart Davenport explores this paradoxical partnership of transcendent religious values and earthly, pragmatic objectives, ultimately concluding that religious and ethical commitments, rather than political or social forces, shaped responses to market capitalism in the northern states in the antebellum period.Drawing on diverse primary sources, Davenport identifies three distinct Christian responses to market capitalism: assurance from clerical economists who believed in the righteousness of economic development; opposition from contrarians who resisted the changes around them; and adaptation by the pastoral moralists who modified their faith to meet the ethical challenges of the changing economy. Delving into the minds of antebellum Christians as they considered themselves, their God, and their developing American economy, "Friends of the Unrighteous Mammon" is an ambitious intellectual history of an important development in American religious and economic life.

Stewart Davenport is assistant professor of history at Pepperdine University.