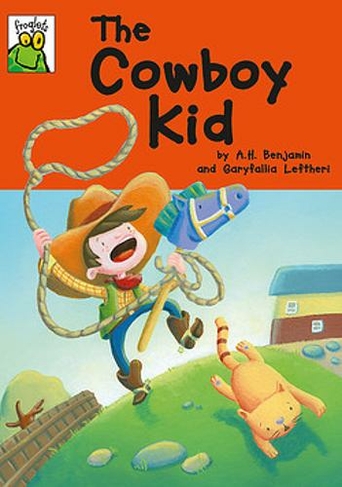 The Animals' Football Final is an exciting story for young cowboy fans who are learning to read on their own. Perfect for children aged 5-7 who are reading at book band blue. Max really wants to be a cowboy, but he's not very good at using his lasso. When a bull escapes from the country show, will Max be able to save the day? The Froglets series is perfect for children who are reading on their own, with fun stories of no more than 200 words and puzzles to encourage retelling the story and to help build vocabulary. Compiled in consultation with Catherine Glavina, PGCE and Primary Leader, The Centre for Professional Education, University of Warwick. full colour illustration

A H Benjamin is an established children's author with 30 titles to his credit. His books have sold worldwide with more than 20 translations, including Chinese, Korean, Turkish and Arabic. Some of his work has been adapted for radio, television and theatre.He's married with four grown up children and four young grandchildren who have all been his inspiration for writing. He lives in Lincolnshire with wife, Trisha. His hobbies are reading, WRITING, walking and playing the playstation 2 (but only football!).When he was a little boy he dreamt of being a cowboy... He still does!