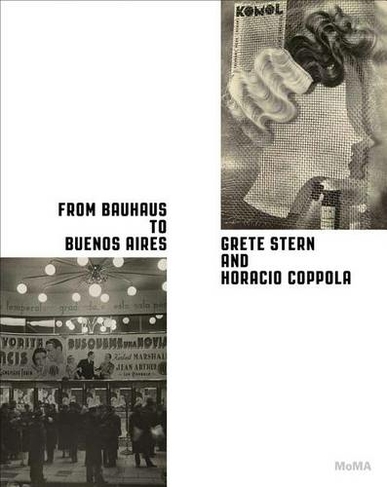 From Bauhaus to Buenos Aires: Grete Stern and Horacio Coppola

Published to accompany the first museum exhibition in the United States of the work of German-born Grete Stern and Argentinean Horacio Coppola, From Bauhaus to Buenos Aires explores the individual accomplishments and parallel developments of two of the foremost practitioners of avantgarde photography in Europe and Latin America. The book traces their artistic development from the early 1930s, when the two met in Berlin at the Bauhaus, through the mid-1950s, by which time they had firmly established the foundations of modern photography in Buenos Aires. While twentieth-century photography has a fair number of important teams, Stern and Coppola are unique in that they managed to share their avant-garde ambition while maintaining their autographic styles and individual practices. The couple effectively imported the lessons of the Bauhaus to Latin America, and revolutionized the practice of art and commercial photography on both sides of the Atlantic by introducing such innovative techniques as photomontage, embodied in Stern's protofeminist works for the women's journal Idilio, and through Coppola's experimental films and groundbreaking images for the photographic survey Buenos Aires 1936. Featuring a selection of newly translated original texts by Stern and Coppola, and essays by curators Roxana Marcoci and Sarah Meister and scholar Jodi Roberts, From Bauhaus to Buenos Aires is the first publication in English to examine the critical intersections that defined the notable careers of these two influential artists. With 51 illustrations in colour and 240 in tritone