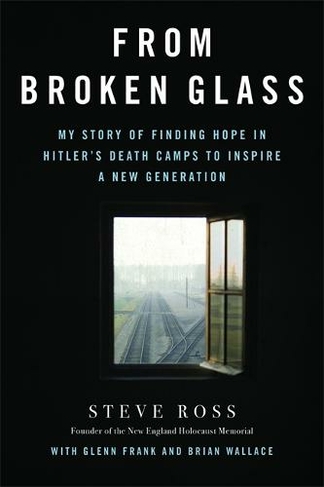 From the survivor of ten Nazi concentration camps who went on to become the City of Boston's Director of Education and created the New England Holocaust Memorial, a wise and intimate memoir about finding strength in the face of despair and an inspiring meditation on how we can unlock the morality within us to build a better world. On October 29, 1939 Szmulek Rosental's life changed forever. Nazis marched into his home of Lodz, Poland, destroyed the synagogues, urinated on the Torahs, and burned the beards of the rabbis. Two people were killed that first day in the pillaging of the Jewish enclave, but much worse was to come. Szmulek's family escaped that night, setting out in search of safe refuge they would never find. Soon, all of the family would perish, but Szmulek, only eight years old when he left his home, managed to against all odds to survive. Through his resourcefulness, his determination, and most importantly the help of his fellow prisoners, Szmulek lived through some of the most horrific Nazi death camps of the Holocaust, including Dachau, Auschwitz, Bergen Belsen, and seven others. He endured acts of violence and hate all too common in the Holocaust, but never before talked about in its literature. He was repeatedly raped by Nazi guards and watched his family and friends die. But these experiences only hardened the resolve to survive the genocide and use the experience--and the insights into morality and human nature that it revealed--to inspire people to stand up to hate and fight for freedom and justice. On the day that he was scheduled to be executed he was liberated by American soldiers. He eventually traveled to Boston, Massachusetts, where, with all of his friends and family dead, he made a new life for himself, taking the name Steve Ross. Working at the gritty South Boston schools, he inspired children to define their values and use them to help those around them. He went on to become Boston's Director of Education and later conceived of and founded the New England Holocaust Memorial, one of Boston's most visited sites. Taking readers from the horrors of Nazi Germany to the streets of South Boston, From Broken Glass is the story of one child's stunning experiences, the piercing wisdom into humanity with which they endowed him, and the drive for social justice that has come to define his life.

Steve Ross (Author) Steve Ross, born Smulek Rozental, is the survivor of ten Nazi concentration camps--including Dachau, where he was tasked with transporting corpses to the crematorium. He was the Director of Education for the City of Boston, and he conceived of and founded the New England Holocaust Memorial, which was erected in 1995 and remains one of Boston's most visited landmarks.Brian Wallace (Author) Brian Wallace served as a Massachusetts state representative from 2003 to 2011. He grew up in South Boston and as a child met Steve Ross when Ross was assigned to his school as a youth worker. He credits Ross with inspiring him to stay in school and pursue his dream of becoming a politician.Glenn Frank (Author) Glenn Frank is a Boston-based real-estate attorney and the author of Abe Gilman's Ending.