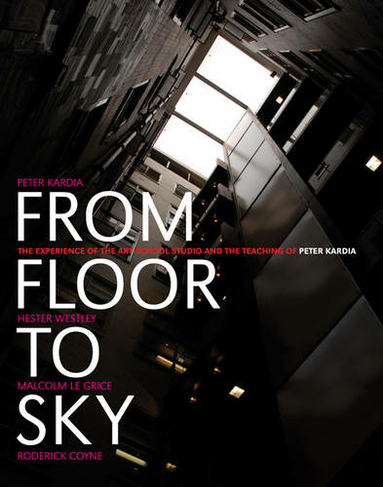 From Floor to Sky The Experience of the Art School Studio

Peter Kardia is widely recognised as a radical and influential teacher at both Saint Martins and the Royal College during the 60s and 70s. From the long list of Peter Kardia's ex-students 25 well-known artists have been invited to participate in an exhibition at the P3 gallery (www.p3exhibitions.com) in March 2010, as a sort of potted retrospective of both their work and Peter's teaching. They are asked to show a piece of work from their student or graduation days, as well as a current piece, collectively providing a body of work that will show the range of British sculpture from the last 30 years. The book will act as a catalogue for the exhibition, but is also intended to work as a stand-alone production and extends a little further to include approx. 4 images per artist, including one from both degree show and current times. Illustrations (some col.)

Peter Kardia is widely recognised as a radical and influential teacher at both Saint Martins and the Royal College during the 60s and 70s, and his essay on how we should be approaching art and education will be central to the book. Hester Wesley has researched and written on Peter's influence on art education and his teaching at Saint Martins and the Royal College, placing it into wider context of art education generally. The last essay will be by Malcolm Le Grice (art historian) on the influence of the art teacher and art schools in history on the artist. The introduction is by Roderick Coyne who is an artist and who also taught at Saint Martins for 10 years.