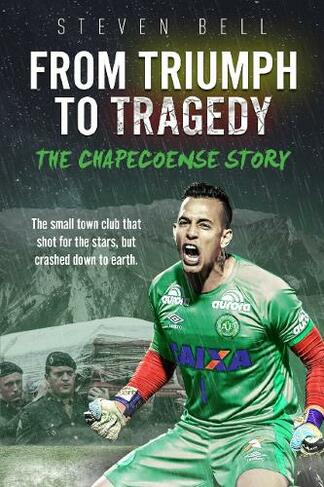 From Triumph to Tragedy The Chapecoense Story

From Triumph to Tragedy is the glorious, uplifting but ultimately tragic story of Chapecoense, the small-town Brazilian football club that made worldwide news following their meteoric rise from non-league to continental sensation. Yet the headlines that will be remembered centre on the air disaster en route to what should have been their greatest ever match. Less than ten years after the local mayor had intervened to save the club from liquidation, Associacao Chapecoense de Futebol had become champions of the Santa Catarina State Championship. At the summit of the Brazilian national league structure, they also qualified sensationally for the final of the Copa Sul Americana. The team of rejects and journeymen became heroes not just in their own city, but also to the whole nation. But the final was never to take place, as tragedy struck to render all those triumphant nights insignificant. Could the club now stage one more incredible recovery to allow Era Chape to continue, rather than to accept their fate as the tragic team beloved in fans' memories? Includes colour photo section

Steven Bell has a successful career as an electrical engineer, but his passions lie with sport, true-life drama and storytelling. He decided to amalgamate these passions with his experience of Brazilian life and football in the country - alongside dedicated research that bordered on the obsessive - to finally deliver the amazing Chapecoense story to an English-language audience. Era Chape is his first book.