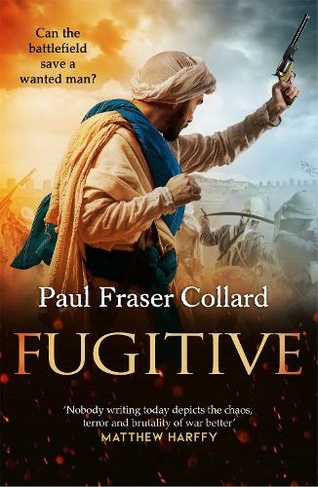 'Like all the best vintages Jack Lark has aged to perfection. Scarred, battered and bloody, his story continues to enthral' Anthony Riches Roguish hero Jack Lark - soldier, leader, imposter - crosses borders once more as he pursues a brand-new adventure in Africa. London, 1868. Jack has traded the battlefield for business, running a thriving club in the backstreets of Whitechapel. But this underworld has rules and when Jack refuses to comply, he finds himself up against the East End's most formidable criminal - with devastating consequences. A wanted man, Jack turns to his friend Macgregor, an ex-officer, treasure hunter and his ticket out of England. Together they join the British army on campaign across the tablelands of Abyssinia to the fortress of Magdala, a high-stakes mission to free British prisoners captured by the notorious Emperor Tewodros. But life on the run can turn dangerous, especially in a land ravaged by war . . . Praise for the Jack Lark series: 'Brilliant' Bernard Cornwell 'Enthralling' The Times 'Bullets fly, emotions run high and treachery abounds... exceptionally entertaining historical action adventure' Matthew Harffy 'Expect ferocious, bloody action from the first page' Ben Kane 'You feel and experience all the emotions and the blood, sweat and tears that Jack does... I devoured it in one sitting' Parmenion Books

Paul's love of military history started at an early age. A childhood spent watching films like Waterloo and Zuluwhilst reading Sharpe, Flashman and the occasional Commando comic, gave him a desire to know more of the men who fought in the great wars of the nineteenth and twentieth centuries. At school, Paul was determined to become an officer in the British Army and he succeeded in winning an Army Scholarship. However, Paul chose to give up his boyhood ambition and instead went into the finance industry. Paul stills works in the City, and lives with his wife and three children in Kent.