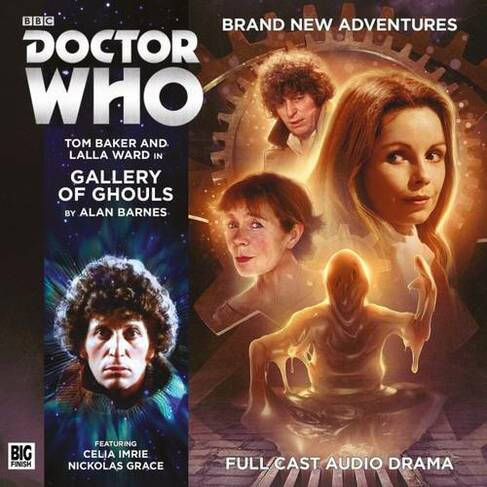 This range of two-part audio dramas stars Tom Baker reprising his most popular role as the Fourth Doctor (from 1974 - 1981) with a number of his original TV companions. This fifth series reunites the Doctor with Romana (Lalla Ward), a fellow Time Lord for adventures across Time and Space! When the TARDIS lands in Brighton the Doctor and Romana have the chance to spend some time at the seaside. But with it being too early for the opening of the Pavillion, they have to look elsewhere for their entertainment - perhaps Madame Tissot's travelling waxworks, recently arrived in town? But they're not the only ones interested in her Exposition. When an unusual thief commits an unusual theft, the time travellers are on the case.What exactly is the sinister secret of Goole's Gallery? Is Tissot's heading for a meltdown? And what does it all have to do with the head of Marie Antoinette? The fifth series in a Big Finish range which is hugely popular with fans of the classic TV series Doctor Who. The pairing of the Doctor and Romana harks back to the most-watched period of Doctor Who, one that to a generation is the most loved and iconic and which broke the records for viewers of the show. Tom Baker's portrayal of the Fourth Doctor Who still tops popularity polls today. He was a special guest in 2013's 50th anniversary story Doctor Who - The Day of the Doctor.Guest stars Celia Imrie and Nickolas Grace are familiar faces from hugely popular British TV appearances; Nickolas from shows such as Robin of Sherwood and Brideshead Revisited, while Celia's work covers everything from Absolutely Fabulous to Victoria Wood: As Seen on TV! CAST: Tom Baker (The Doctor), Lalla Ward (Romana), Celia Imrie (Madame Tissot), Nickolas Grace (Goole), Stephen Critchlow (Noni).