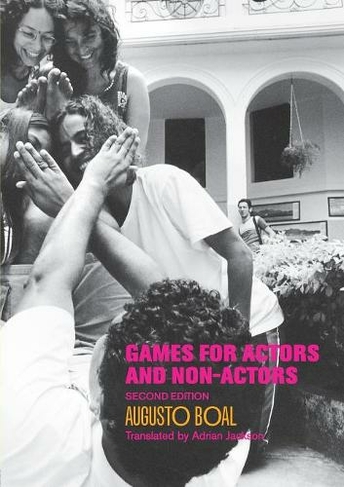 Games for Actors and Non-Actors is the classic and best selling book by the founder of Theatre of the Oppressed, Augusto Boal. It sets out the principles and practice of Boal's revolutionary Method, showing how theatre can be used to transform and liberate everyone - actors and non-actors alike! This thoroughly updated and substantially revised second edition includes: two new essays by Boal on major recent projects in Brazil Boal's description of his work with the Royal Shakespeare Company a revised introduction and translator's preface a collection of photographs taken during Boal's workshops, commissioned for this edition new reflections on Forum Theatre.

Augusto Boal is a theatre director, dramatist, theorist, writer and teacher. He was a Member of Parliament for Rio de Janeiro from 1993-1996. He is the author of Theatre of the Oppressed, Games for Actors and Non-Actors, Rainbow of Desire, Legislative Theatre, and Hamlet and the Baker's Son: My Life in Theatre and Politics.Adrian Jackson is Artistic Director of Cardboard Citizens. He has translated four books by Augusto Boal, collaborated on a number of occasions and taught Theatre of the Oppressed widely in other countries, including Namibia, South Africa, Hong Kong, Mauritius and Finland.