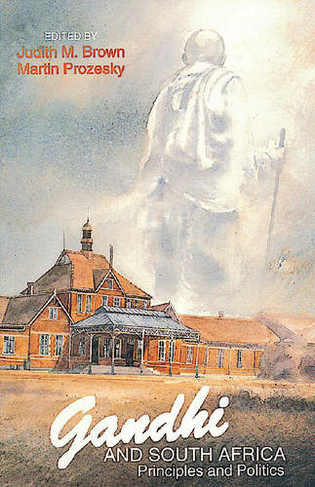 On Pietermaritzburg station in 1893, a young Indian lawyer, newly arrived in South Africa, was ejected from a train to Pretoria for insisting on his right to travel first class. It was to the cold night hours spent in the waiting-room that Gandhi himself traced the genesis of his great resolve - to fight injustice by non-violent means. Crucial as this episode was, it was but one of the manifold influences which shaped the Gandhi-to-be during his sojourn in South Africa. This title arose from a conference held a century later, in 1993, at the University of Natal, Pietermaritzburg, to reaffirm the South African Gandhi. It traces some of the influences which effected his transformation from an unsuccessful and insecure young man to a mature political and spiritual leader ready to carve his niche in history after his return to India in 1914. The Mahatma's moral vision, of a way to resolve conflict and right injustice without resorting to violence, remains relevant to post-apartheid South Africa and to the world. It also remains a difficult vision to grasp; but a better understanding of his vital formative years will perhaps help to make it more accessible. 14ill.