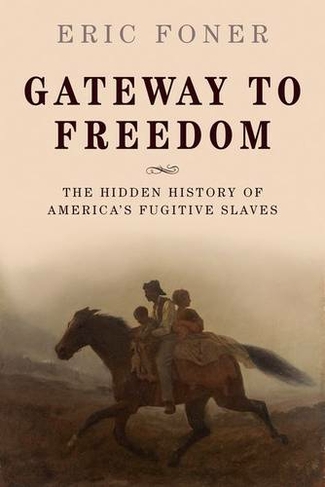 Gateway to Freedom: The Hidden History of America's Fugitive Slaves

When slavery was a routine part of life in America's South, a secret network of activists and escape routes enabled slaves to make their way to freedom in what is now Canada. The 'underground railroad' has become part of folklore, but one part of the story is only now coming to light. In New York, a city whose banks, business and politics were deeply enmeshed in the slave economy, three men played a remarkable part, at huge personal risk. In Gateway to Freedom, Pulitzer Prize-winning historian Eric Foner tells the story of Sydney Howard Gay, an abolitionist newspaper editor; Louis Napoleon, furniture polisher; and Charles B. Ray, a black minister. Between 1830 and 1860, with the secret help of black dockworkers, the network led by these three men helped no fewer than 3,000 fugitives to liberty. The previously unexamined records compiled by Gay offer a portrait of fugitive slaves who passed through New York City - where they originated, how they escaped, who helped them in both North and South, and how they were forwarded to freedom in Canada. 35 black & white halftones, 3 maps

Eric Foner is DeWitt Clinton Professor of History at Columbia University, and one of the United States' most prominent historians. A fellow of the American Academy of Arts and Sciences and the British Academy, he has held visiting professorships at both Oxford and Cambridge universities, as well as at Queen Mary University of London and Moscow State University. His publications include Nothing But Freedom: Emancipation and Its Legacy (1983), themulti-award-winning Reconstruction: America's Unfinished Revolution, 1863-1877 (1988), and The Story of American Freedom (1998). The Fiery Trial: Abraham Lincoln and American Slavery (2010) was awarded, amongst others, both the Bancroft Prize and the Lincoln Prize, as well as the Pulitzer Prize for History.