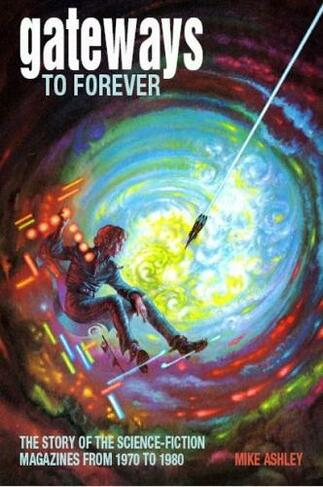 Gateways to Forever: The Story of the Science-Fiction Magazines from 1970 to 1980 (Liverpool Science Fiction Texts & Studies 34)

This third volume in Mike Ashley's four-volume study of the science-fiction magazines focuses on the turbulent years of the 1970s, when the United States emerged from the Vietnam War into an economic crisis. It saw the end of the Apollo moon programme and the start of the ecology movement. This proved to be one of the most complicated periods for the science-fiction magazines. Not only were they struggling to survive within the economic climate, they also had to cope with the death of the father of modern science fiction, John W. Campbell, Jr., while facing new and potentially threatening opposition. The market for science fiction diversified as never before, with the growth in new anthologies, the emergence of semi-professional magazines, the explosion of science fiction in college, the start of role-playing gaming magazines, underground and adult comics and, with the success of Star Wars, media magazines. This volume explores how the traditional science-fiction magazines coped with this, from the death of Campbell to the start of the major popular science magazine Omni and the first dreams of the Internet.

Mike Ashley has specialised in the history of science fiction and fantasy for over 30 years. He is the author and editor of over sixty books that in total have sold over a million copies worldwide.