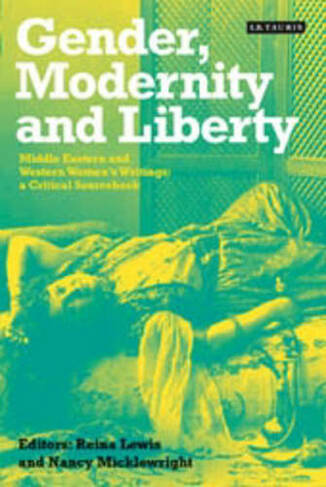 Returning to circulation a wealth of important documents by Middle Eastern and Occidental women of the late Ottoman empire, this book traces women's involvement in campaigns of gender and national emancipation. Contrary to the popular notion of the Middle Eastern woman trapped inside the harem without access to outside education, there was in fact a fruitful mutual dialogue between the Western women travellers and the women in the regions they visited. Dealing with a range of themes including family, polygamy, faith, slavery and race, writers include Halide Edib, Musbah Haidar, Melek Hanum, Emmeline Lott, Elizabeth Cooper and Ruth Frances Woodsmall. b&w illustrations

Reina Lewis is Centenary Professor of Cultural Studies at London College of Fashion, University of the Arts London, UK. She is author of Rethinking Orientalism: Women, Travel and the Ottoman Harem and Gendering Orientalism: Race, Femininity and Representation . She is editor, with Sara Mills, of Feminist Postcolonial Theory.Nancy Micklewright is a Program Officer at the Getty Foundation in Los Angeles. She previously taught Islamic art and architecture and the history of photography at the University of Victoria, Canada, and is author of A Victorian Traveler in the Middle East: The Photography and Travel Writing of Annie Lady Brassey.