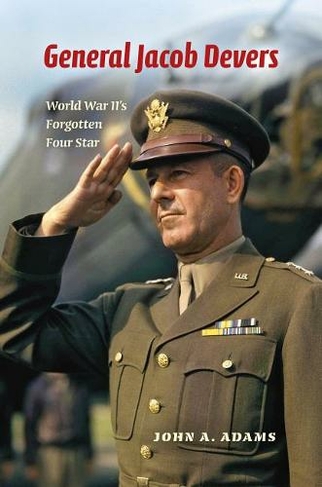 Of the leaders of the American Army in World War II, Jacob Devers is undoubtedly the "forgotten four star." Plucked from relative obscurity in the Canal Zone, Devers was one of four generals selected by General of the Army George Marshall in 1941 to assist him in preparing the Army for war. He quickly became known in Army circles for his "can do" attitude and remarkable ability to cut through red tape. Among other duties, he was instrumental in transforming Ft. Bragg, then a small Army post, into a major training facility. As head of the armored force, Devers contributed to the development of a faster, more heavily armored tank, equipped with a higher velocity gun that could stand up to the more powerful German tanks, and helped to turn American armor into an effective fighting force. In spring 1943, Devers replaced Dwight Eisenhower as commander of the European Theater of Operations, then was given command of the 6th Army Group that invaded the south of France and fought its way through France and Germany to the Austrian border. In the European campaign to defeat Hitler, Eisenhower had three subordinate army group commanders-British Field Marshall Bernard Montgomery, Omar S. Bradley, and Jacob Devers. The first two are well-known-here the third receives the attention he properly deserves. 1 Tables, black and white