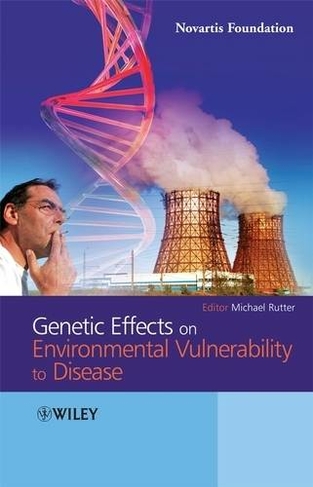 Much research has attempted to show direct linear relations between genes and disorder. However, scientists have been discouraged by inconsistent findings based on this simple gene-phenotype approach. The alternative approach is to incorporate information about the environment. A gene-environment interaction approach assumes that environmental pathogens cause disorder, whereas genes influence susceptibility to environmental pathogens. This book brings together contributions from experts from multiple disciplines who discuss:* How epidemiological cohort studies can better integrate physiological (mechanistic) measures;* How best to characterise subjects' vulnerability versus resilience by moving beyond single genetic polymorphisms;* How gene hunters can benefit from recruiting samples selected for known exposures;* How environmental pathogens can be used as tools for gene hunting;* How to deal with potential spurious (statistical) interactions, and* How genes can help explain fundamental demographic properties of disorders (e.g. sex distribution, age effects).

Prof Sir Michael Rutter, King's College, London, UKProf Rutter is the leading child psychiatrist in the UK. He set up the MRC Child Psychiatry Research Unit and the Institute of Psychiatry's Social, Genetic and Developmental Psychiatry Centre. He was Deputy Chairman of the Wellcome Trust from 1999 to 2004, and has been a Trustee of the Nuffield Foundation since 1992. He was elected a Fellow of the Royal Society in 1987 and an honorary member of the British Academy in 2002.?He was a Founding Fellow of the Academia Europaea and the Academy of Medical Sciences, of which he is currently Clinical Vice-President.He has published extensively.