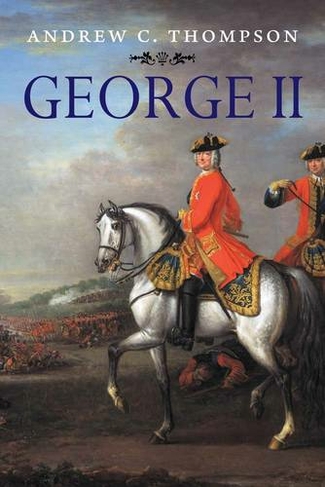 Despite a long and eventful reign, Britain's George II is a largely forgotten monarch, his achievements overlooked and his abilities misunderstood. This landmark biography uncovers extensive new evidence in British and German archives, making possible the most complete and accurate assessment of this thirty-three-year reign. Andrew C. Thompson paints a richly detailed portrait of the many-faceted monarch in his public as well as his private life. Born in Hanover in 1683, George Augustus first came to London in 1714 as the new Prince of Wales. He assumed the throne in 1727, held it until his death in 1760, and has the distinction of being Britain's last foreign-born king and the last king to lead an army in battle. With George's story at its heart, the book reconstructs his thoughts and actions through a careful reading of the letters and papers of those around him. Thompson explores the previously underappreciated roles George played in the political processes of Britain, especially in foreign policy, and also charts the intricacies of the king's complicated relationships and reassesses the lasting impact of his frequent return trips to Hanover. George II emerges from these pages as an independent and cosmopolitan figure of undeniable historical fascination. 24 b-w illus.