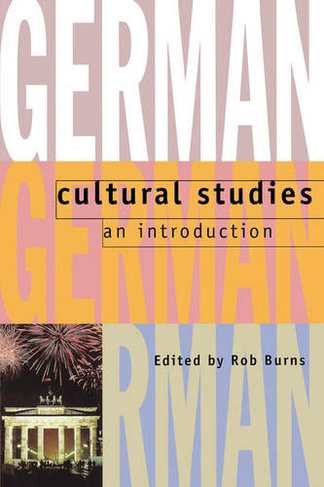 Major changes have been taking place in the context of German Studies in both secondary and higher eduction, with the focus shifting to a broader range of cultural forms. Based on the view that cultures are the products of class, place, gender and race, German Cultural Studies: An Introduction takes account of these changes and adopts an interdisciplinary approach in its wide-ranging study of German culture and society since 1871, emphasizing recent and contemporary developments. Chronological sections on Imperial Germany, the Weimar Republic, the Third Reich, the German Democratic Republic and the Federal Republic chart the growth of modernisation and the culture industry in Germany, and examine the extent to which culture in any given period functions as an instrument of ideological manipulation or critical enlightenment. Throughout, the emphasis is on the interactions of culture, society and ideology, and the role of culture in both public and private consciousnesses. Copiously illustrated, and with guidance for further reading, the volume will be essential reading for anyone interested in modern and contemporary German society and its culture. halftones