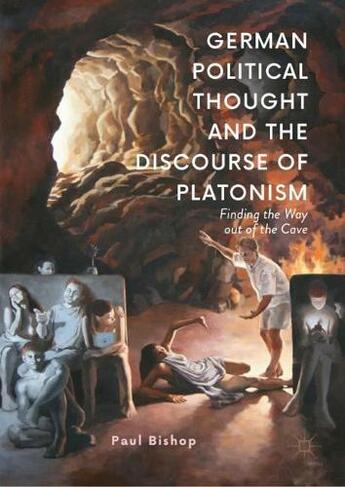 German Political Thought and the Discourse of Platonism Finding the Way Out of the Cave 1st ed. 2019

Taking Plato's allegory of the cave as its starting-point, this book demonstrates how later European thinkers can be read as a reaction and a response to key aspects of this allegory and its discourse of enchainment and liberation. Focusing on key thinkers in the tradition of European (and specifically German) political thought including Kant, Marx, Hegel, Nietzsche, Heidegger, and the Frankfurt School, it relates them back to such foundational figures as Rousseau, Aristotle, and in particular Plato. All these thinkers are considered in relation to key passages from their major works, accompanied by an explanatory commentary which seeks to follow a conceptual and imagistic thread through the labyrinth of these complex, yet fascinating, texts. This book will appeal in particular to scholars of political theory, philosophy, and German language and culture. 1 Illustrations, color; 9 Illustrations, black and white; XXIII, 408 p. 10 illus., 1 illus. in color.

Paul Bishop is William Jacks Chair of Modern Languages at University of Glasgow, UK. His previous publications include Carl Jung (2014), A Companion to Friedrich Nietzsche, Life and Works (2012), and Nietzsche and Antiquity: His Reaction and Response to the Classical Tradition (2004).