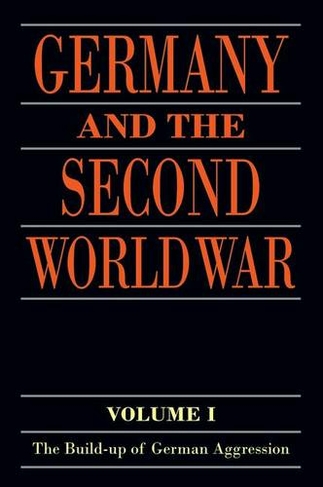 This is the first of a comprehensive ten-volume history of the Second World War, written from the German perspective and translated for the first time into English. The volumes so far published have achieved international acclaim as a major contribution to historical study. Under the auspices of the Militargeschichtliches Forschungsamt (Research Institute for Military History), a team of renowned historians has combined a full synthesis of existing material with the latest research to produce what will be the definitive history of the Second World War. This volume, The Build-up of German Aggression, surveys the forces both within and outside Weimar Germany which paved the way for Hitler. The authors examine the systematic preparation for war, from the outset of Nazi rule, through rearmament, economic autarky, diplomacy, and the penetration of German society at all levels. They consider the extent to which the movement can be regarded as a continuation of historic German nationalism; the limits of Hitler's involvement with the army and big business; and the lack of coordination between the administration and the armed services. The book demonstrates that, despite Nazi propaganda and in stark contrast to 1914, most Germans in 1939 opposed a war which they nevertheless endured with such tragic consequences. Intensively researched and documented, Germany and the Second World War is an undertaking of unparalleled scope and authority. It will prove indispensable to all historians of the twentieth century. 9 black and white figures and maps