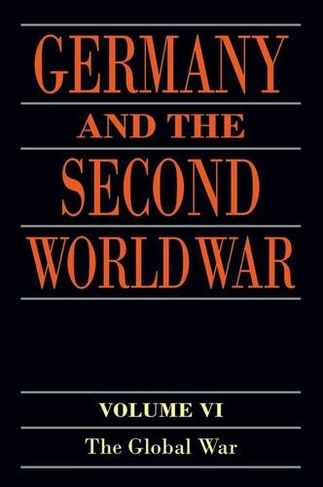 Volume VI of the 'Germany and the Second World War' series deals with the extension of a European war into a global one in the period from 1941 to 1943. It focuses on the politics, strategy, and operations of the belligerent powers as Germany lost the initiative to the Allies, and it represents, both in content and in composition, the climax and turning points of the war. An account is given of the development of the war at sea in the Atlantic and the Mediterranean until the spring of 1943, of the changeable course of events in the North African theatre of war until the establishment of the bridgehead in Tunisia, and finally of Hitler's 'second campaign' against the Soviet Union until the stabilization of the front following the catastrophe at Stalingrad. Moreover, the United States' transition to open belligerence, after Pearl Harbor, calls for an account of the political developments leading up to that point on the Japanese and the American sides. The opening of new theatres of operations in the Pacific and over Germany, owing to the intensified strategic aerial warfare of the Allies, along with the organization of the Reich's air defences are also treated. numerous maps, figures and tables