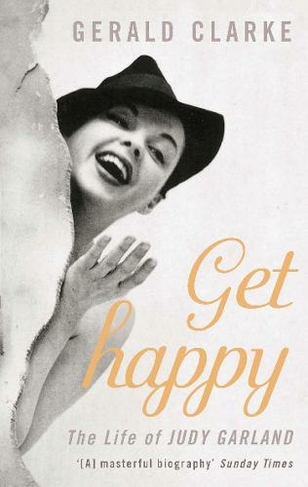 Get Happy: The Life of Judy Garland

Judy Garland, the girl with the pigtails in THE WIZARD OF OZ, was an entertainer of almost magical power. The woman of half a dozen comebacks and a hundred heartbreaks. To tell her story, Gerald Clarke took ten years, travelled thousands of miles across two continents, conducted hundreds of interviews, and combed through mountains of documents, many of which were unavailable to other biographers. Combining a novelist's skill and a movie director's eye, Clarke re-creates the golden age of Hollywood with cinematic urgency: Louis B Mayer, the patriarch of MGM; sexy Lana Turner, Judy's friend and idol, who had a habit of trying to snatch away any man Judy expressed interest in; clarinettist Artie Shaw, handsome Tyrone Power; boy genius Orson Welles and brilliant director Vincente Minnelli, who fathered her first child, Liza. Towards the end of her life, Garland tried to tell her own story. With access to her tape recordings - and her revelatory unfinished manuscript - Clarke is able to tell Judy's story as she herself might have told it.

Gerald Clarke has written for many magazines, including Esquire and Time, where for many years he was a senior writer.