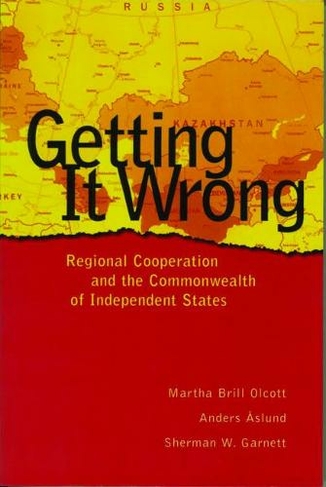 Getting It Wrong: Regional Cooperation and the Commonwealth of Independent States

On December 8, 1991, even before the Soviet Union was officially dissolved, the leaders of Russia, Belarus, and Ukraine met in the Belovezh Forest outside Minsk to lay the groundwork for the post-Soviet era. There they signed what became known as the Belovezh Accords, creating the Commonwealth of Independent States (CIS). Two weeks later, eight other Soviet republics joined the three founding members. In the void left by the collapse of the USSR, the CIS was to become a superstructure that would coordinate the foreign and security policies of the member states, develop a common economic space, and provide for an orderly transition from the Soviet Union to the post-Soviet phase. In reality, the CIS has failed. For Russia, the CIS has not served as a vehicle for exerting control over its neighbors. As an organization, the CIS has not succeeded at reintegrating the post-Soviet states. The desire of the new nations to assert themselves as independent entities has proven more powerful than their urge to replace the Soviet Union with a new system of collective government. Written by three of the West's leading experts on the former Soviet Union, this book offers a comprehensive assessment of how and why the CIS has failed.

Martha Brill Olcott is a senior associate with the Russia and Eurasia Program at the Carnegie Endowment. She specializes in the problems of transitions in Central Asia and the Caucasus as well as the security challenges in the Caspian region. Anders Aslund is a senior fellow at the Institute for International Economics and former director of the Russian and Eurasian Program at the Carnegie Endowment. He is an internationally recognized specialist on Ukraine and postcommunist economic transformation. An adviser to the Ukrainian government from 1994 to 1997, he most recently co-chaired a Blue Ribbon Commission on Ukraine sponsored by the United Nations Development Programme. Sherman W. Garnett is the Dean of James Madison College, Michigan State University, USA. Formerly, Garnett was Senior Associate at the Carnegie Endowment for International Peace, and U.S. Deputy Assistant Secretary for Defense for Russia, Ukraine, and Eurasia.