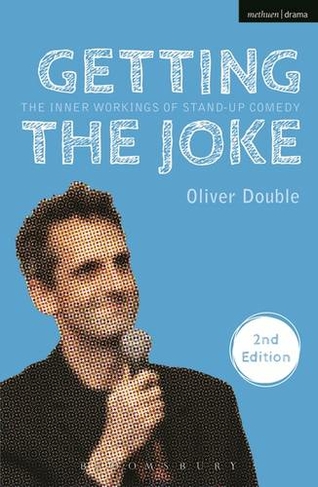 'This is the kind of book that troubles grey-suited committees of academic peers. It's too enjoyable. But that, given its subject, is just what it ought to be, and it treats that subject seriously . . . There isn't a "dull" page anywhere in the book.' - Professor Peter Thomson, Studies in Theatre and Performance Comedy is changing: stand-up comedians routinely sell out stadia, their audience-figures swollen by panel-show appearances and much-followed Twitter feeds. Meanwhile, the smaller clubs are filling up, with audiences as well as aspirants. How can we make sense of it all? This new edition of Getting the Joke gives an insider's look at the spectrum of modern comedy, re-examining the world of stand-up in the internet age. Drawing on his acclaimed first edition, Oliver Double focuses in greater detail on the US scene and its comedians (such as David Cross, Sarah Silverman, Louis CK, Demetri Martin and Margaret Cho); the 'DIY' comedy circuit and its celebrated apostles and visionaries, from Josie Long to Stewart Lee; the growing importance of the solo stand-up show; the role played by Twitter (including an interview with the organiser of the world's first comedy gig on Twitter), and the driving force that is the TV guest slot, be it on Mock the Week or Live at the Apollo. With expanded sections on joke construction, as well as ways to challenge the audience, and a host of new and updated exercises to guide the aspiring comedian, this new edition of Getting the Joke is the only book to combine the history of stand-up comedy with an analysis of the elements and methods that go into its creation. Featuring a range of interviews with working comedians - from circuit veterans to new kids on the block - combined with the author's vast experience, this is a must read for any aspiring stand-up comedian.

Oliver Double is Senior Lecturer in Drama at the University of Kent, where his teaching on stand-up comedy has received national media attention. Once a stand-up comedian himself, Double ran and compered Sheffield's Last Laugh Comedy Club and has made numerous appearances on radio and television. He has written two books, Getting the Joke (Methuen Drama, 2005) and Stand Up: On Being A Comedian (Methuen Drama, 1997), as well as writing for various magazines and academic journals. He is a contributing editor to New Theatre Quarterly and is on the Advisory Board of Comedy Studies.