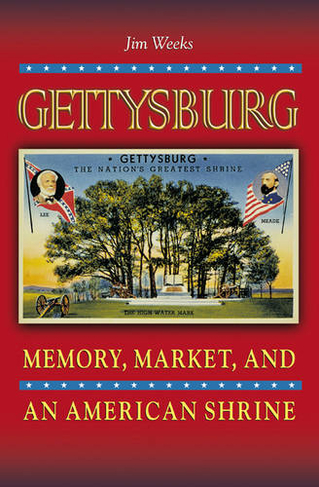 The site of North America's greatest battle is a national icon, a byword for the Civil War, and an American cliche. Described as "the most American place in America," Gettysburg is defended against commercial desecration like no other historic site. Yet even as schoolchildren learn to revere the place where Lincoln delivered his most famous speech, Gettysburg's image generates millions of dollars every year from touring, souvenirs, reenactments, films, games, collecting, and the Internet. Examining Gettysburg's place in American culture, this book finds that the selling of Gettysburg is older than the shrine itself. Gettysburg entered the market not with recent interest in the Civil War nor even with twentieth-century tourism but immediately after the battle. Founded by a modern industrial society with the capacity to deliver uniform images to millions, Gettysburg, from the very beginning, reflected the nation's marketing trends as much as its patriotism. Gettysburg's pilgrims--be they veterans, families on vacation, or Civil War reenactors--have always been modern consumers escaping from the world of work and responsibility even as they commemorate. And it is precisely this commodification of sacred ground, this tension between commerce and commemoration, that animates Gettysburg's popularity. Gettysburg continues to be a current rather than a past event, a site that reveals more about ourselves as Americans than the battle it remembers. Gettysburg is, as it has been since its famous battle, both a cash cow and a revered symbol of our most deeply held values. 25 halftones.

Jim Weeks was a scholar-in-residence at the Pennsylvania Historical and Museum Commission and taught American history at The Pennsylvania State University.