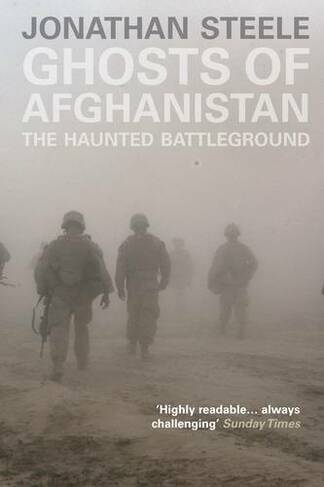 Ghosts of Afghanistan The Haunted Battleground

Yes, there are dozens of books on the Afghan wars. Most of them are all about firefights and heroics. But this is the first to take the events of the war Bush and Blair started and put them in the context of the Soviet war and even the British imperial wars that preceded them, and draw the lessons out, and make a sharp summary of what should happen next. Ghosts of Afghanistan stands out for the combination of its calm clarity and comprehensibility, the firmness of its arguments, Steele's stature as an analyst of the region of 30 years standing, his position as the one UK journalist who had first access to the WikiLeaks cache on Afghanistan, and his interpretation of what he found there.

Jonathan Steele was educated at Cambridge and Yale. He was Washington Bureau Chief, Moscow Bureau Chief, and Chief Foreign Correspondent for The Guardian. He is currently their columnist on international affairs. His previous book Defeat: Why America and Britain Lost Iraq was published in 2008. In May 2011, Steele won the One World Media Press Award for his reporting from Afghanistan.