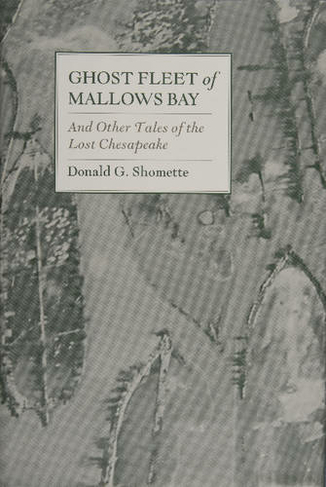 On April 2, 1917, President Woodrow Wilson issued a national call to arms against Imperial Germany. What followed in the United States was a frenzied effort to build hundreds of merchant ships to replace those being destroyed in Germany's campaign of unrestricted submarine warfare. The newly created U.S. Shipping Board Emergency Fleet Corporation embarked on a course that, in the span of a few pivotal years in American history, came to exhibit mankind's genius, ignorance, avarice, drive-and folly-for the largest portion of that fleet came to rest on the muddy floor of Mallows Bay. In Ghost Fleet of Mallows Bay and Other Tales of the Lost Chesapeake, Donald G. Shomette recounts three fascinating tales of the wonders that lie beneath the bay. An accomplished underwater archaeologist, Shomette describes the cutting-edge technology used in the excavation of the steamship New Jersey, the underwater hunt for the earliest English colony in Maryland, and the story of the great fleet that now rests in eternal slumber beneath the waters of Mallows Bay. 71 b/w photos, 14 illustrations, 7 maps

Donald Grady Shomette has authored fourteen books and many scientific and popular articles that have appeared in such publications as National Geographic, History and Technology, and American Neptune. He lives in Dunkirk, Maryland.