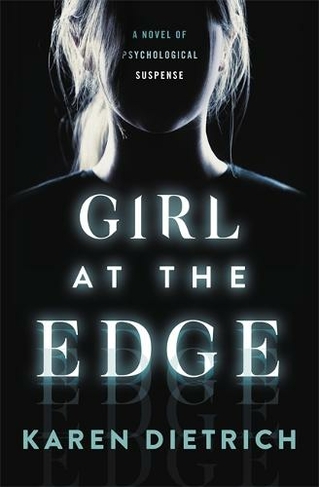 Girl at the Edge

By Karen Dietrich (Author)
Paperback
https://www.whsmith.co.uk/products/girl-at-the-edge/karen-dietrich/paperback/9781538732939-12-000.html £14.39 rrp £15.99 Save £1.60 (10%)
GBP
Availability
In Stock
Free Delivery Available When You Spend £25 Or More
Details
Spend £25 on eligible products to receive free standard delivery to home or free next working day click and collect to store
Share

A thrilling nature versus nurture psychological suspense about a daughter trying to deny her worst impulses and distance herself from her violent and dangerous father. Sixteen-year-old Evelyn Gibson is haunted by her father's violent crime that sent him to death row. Lost and alone, Evelyn struggles to form an identity for herself - outside of the menacing shadow of her father's actions. As Evelyn begins to discover who she is, she finds herself terrified by her increasingly violent impulses and dangerous actions. Could she be more like her father than she originally thought? Is she capable of killing without hesitation or remorse? Is she destined to follow in her father's footsteps? Or can she escape the fate that her psychological nature has laid out for her?

Karen Dietrich is a writer of fiction, poetry and memoir. She earned an MFA in poetry from New England College. She also writes music and plays drums in Essential Machine, a band she formed with her husband. Karen was born and raised in southwestern Pennsylvania and currently lives outside Pittsburgh with her husband and son.